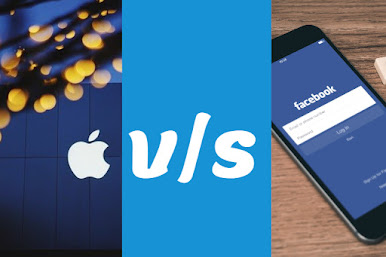 Recently, the two technology giants Apple and Facebook had a disagreement over data collection practices. One of the biggest smartphone manufacturer Apple has sent a letter to the human rights in which it is assuring that the new ios 14 will have new privacy limitations. Apple also said that Facebook is collecting user data by neglecting user privacy.

Facebook immediately replied by saying Apple is deliberately trying to distract from their other ongoing problems by throwing the social media under the bus. The social network giant claimed that the California based firm Apple is using its superior market position to self-preference its own data collection while making impossible for rivals to use the same data.

The technology powerhouse Apple has already deferred the rollout of privacy restrictions on their platform until 2021 after users complained about time deficiency for necessary preparation. The social media tycoon Facebook said that Apple’s concern for privacy is an intentional diversion from the transformation happening in Cupertino where the company is shifting its focus from sophisticated hardware innovation to data-driven software & media.

While the two multibillion dollar giants are going after each other, The United States antitrust regulators are ensuing with detailed inspection of business practices that are against the welfare of the users. However, Apple & Facebook are both losing their revenues in this battle – Apple from growing lack of trust among users both on the software and hardware field where as Facebook from advertisements.