What will be the Tesla Model prices are going to be like in India?

The most anticipated cars to arrive in Indian car market is certainly the revolutionary Electric car manufacturer Tesla. The Union Minister Nitin Gadkari confirmed the news about the arrival of Tesla cars like Tesla Model 3 in India. As a result, lots of speculation is going on around the various Tesla Models prices in India.

Indian media and people have lots of queries regarding different Tesla models prices. First, what are the different Tesla car models will be available in the Indian market initially? Second, What will be the Tesla cheapest car in India? These questions are really valid as the vast population in India living in cities are medium income group. For whom, Arrival of Tesla means a way to use practical electric vehicle as the alternative source of travel for their gas guzzling cars. As Indian people are suffering from ever-increasing oil prices in the country and ever deteriorating environment of the cities.

So, What Tesla Models will be available in India early?

The mad genius Elon Musk’s famous Tesla is planning to launch all the Tesla models in India sooner or later. Tesla is planning to introduce Tesla Model 3 which is by far the most affordable car in the Tesla model prices. IT also happens to be the best-selling car of the company. The company is intending to import large bulks in quantity to sell in the Indian market. As the rumors suggest that Tesla will import completely finished product units. Until and unless the company will establish its manufacturing unit in India itself.

What will be the Tesla Model 3 price in India? 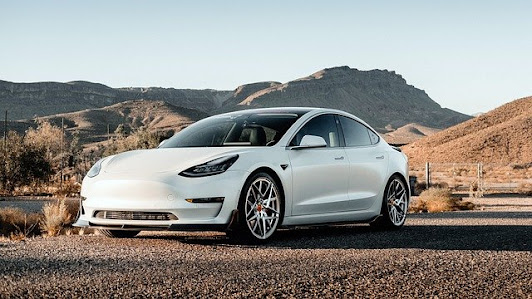 At first, Tesla is going to import the finished car product directly in Indian market. Thus, we can assume that the Tesla model 3 prices will be slightly higher. Therefore, the rumors around is that if one wants to drive the Tesla Model 3 in Indian road than it can easily set back to around 5.5 million rupees to 6 million rupees (Rs 55 to 60 lakhs). Therefore, Tesla Model 3 price in India is going to be little expensive as compare to other cars.

Although, the cost of Tesla Model 3 will be slightly higher but soon after the installation of the famously mentioned Tesla factory in India will likely to assist in reducing the cost of the vehicle in the future. But as if now, Tesla Model 3 price in India after its arrival will become the Tesla lowest price car in India.

But don’t be fooled by the tag of Tesla lowest price car because the Model 3 packs some serious high technologies. Tesla Model 3 will have three different options to buy;

Standard Plus: The standard plus option available in Tesla Model 3 has the total range of around 423 km in a single charge.

Long range: The long range option in Tesla Model 3 has the total range of around 568 km.
Performance pack: The performance pack of model 3 packs 507 km in range but with increased acceleration and speed.


To read on details about these different options please do visit: https://www.technologyinsight.tech/2021/03/tesla-model-3.html

Therefore, the rumored Tesla cheapest car, Tesla Model 3 has so much hipped among the Indian people.

To read and know more about Tesla Model 3 & other models of the company in details please do visit : GQIndia