AI stands for Artificial Intelligence. Siri, Google, Alexa are all AI personal assistants available on a variety of platforms like iOS, Android, Amazon, etc. They help you find useful information when you ask for it with your voice. You can say things like “Where’s the nearest restaurant?” or “Remind me to call Mom at 8:00,” and the assistant can answer by locating or relaying information from your phone, or sending commands to other apps.

In these applications, AI is critical because it collects information about your requests and uses that information to improve speech recognition and serve you results that are customized to your preferences. Cortana, according to Microsoft, “continually learns about its owner” and will finally be able to predict users’ needs. Virtual personal assistants collect and analyses a large amount of data from a variety of sources in order to better understand their customers and assist them in organizing and tracking their information.

AI is used on a daily basis in smartphone, calculator, video games, car, bank, home, etc. IT’s obvious what it’s doing, such as when you ask Siri for directions to the nearest gas station. It may also be less apparent, such as when you make an unusual transaction on your credit card and your bank does not issue a fraud warning. AI is all around us, and it’s changing our lives on a daily basis.

As a result, AI can be described as a branch of computer science that focuses on the creation of intelligent machines that think and function similarly to humans. Speech comprehension, problem-solving, learning, and preparation are only a few examples. Artificial Intelligence (AI) is a hot topic in today’s technology and business circles. Many experts and market observers argue that AI or machine learning is the wave of the future, but if we look around, we can see that it is already here.

Yes, the technology is still in its early stages, but more businesses are investing in machine learning, meaning that AI products and applications can expand rapidly in the near future. The simulation of human intelligence processes by machines, especially computer systems, is known as artificial intelligence or machine intelligence.

What is AI’s purpose?

Systems for vision. The need to perceive, completely comprehend, and make sense of visual input on a screen, i.e. AI is used to attempt to interpret and understand a picture – industrial, military, and satellite photo interpretation.

When AIresearchers first started pursuing the objective of artificial intelligence, human reasoning was a major focus. Many of the criteria that enable a machine to equal human intelligence can be accounted for by the unique functions that are programmed into it.

What is an ASI artificial intelligence?

A hypothetical agent with intellect far beyond that of the brightest and most gifted human minds is known as a superintelligence.

What is AI’s ultimate objective?

When a computer impressionist’ “intellectual” everyday jobs that humans associate with other human brains, such as “learning” and “problem-solving,” the word AI (artificial intelligence) is used. One of the field’s long-term objectives is general intelligence.

What are the various forms of artificial intelligence?

We must resolve the obstacles that distinguish computers from us – and us from them. That characterize the 4 different forms of artificial intelligence, and they are as follows;

Is artificial intelligence(AI) the same as machine learning?

Machine learning (ML) and artificial intelligence (AI) are increasingly being touted as data-handling solutions. The two are often confused, and although there are certain similarities, they are not the same thing.

What are the various artificial intelligence fields?

Handwriting recognition is a technology that recognizes a person’s handwriting.

Speech recognition is a technology that recognizes people’s voices.

Face recognition is a technology that recognizes people by their faces.

Artificial Intelligence(AI) : How significant Is It?

AI refers to computers that have been engineered and configured to think and behave in the same way that humans do. Artificial Intelligence is becoming an increasingly important part of our everyday lives. Since AI is used in a wide range of day-to-day programs, it has a significant impact on our lives.

For most of us, the most visible effects of AI’s enhanced capabilities are cool new devices and experiences like smart speakers and the ability to unlock your iPhone with your face. However, AI has the potential to revolutionize other aspects of life. The first is health care. In India, hospitals are experimenting with software that examines photographs of a person’s retina for symptoms of diabetic retinopathy, a disease that is often detected too late to prevent vision loss. Machine learning is critical to autonomous driving initiatives because it helps a car to understand its surroundings. Artificial intelligence is now used in a variety of applications, ranging from everyday search algorithms and software to bionic limbs for the disabled.

Any other website, app, or productivity tool, it seems, is citing AI as the hidden ingredient in their success recipe. What’s less popular is an overview of what artificial intelligence is, why it’s so cool, and how businesses are using it to improve user experiences. If you’re unfamiliar with AI, the lack of clarification may be perplexing. Artificial intelligence is more vivid than ever before, and some say we’re on the verge of breakthroughs that will forever alter human culture, for better or worse.

To read more on AI and Technology related news and articles please do visit: www.technologyinsight.tech

AI can design microchips better and faster than humans, according to Google researchers. 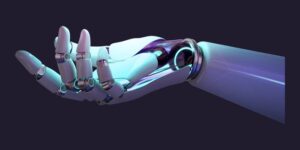 AI (Artificial Intelligence) : What we all should know about AI