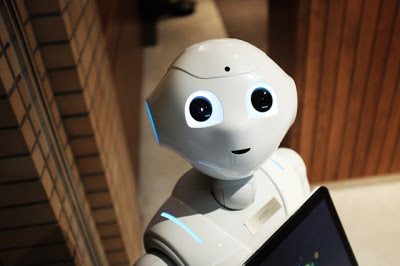 AI (Artificial intelligence) can create computer microchips that perform at least as well as those created by human professionals, and it can do it thousands of times faster than humans. Google’s latest study is already assisting in the development of microchips for the company’s next generation of AI computer systems.

Floorplanning, the process of creating the physical arrangement of a chip’s elements, is critical to a device’s eventual performance. This difficult endeavour frequently necessitates months of dedicated effort from professionals, and despite 5 decades of research, no automated floorplanning system has yet to achieve human-level performance.

According to study co-lead author Azalia Mirhoseini, a computer scientist at Google Research’s Brain Team in Mountain View, California, the researchers had AI software interpret floorplanning as a game. The chip’s processing cores, memory controllers, and other elements are the pieces in this technique, the canvas on which they sit is the board, and the end result is optimal performance for a variety of parameters such as chip size and power consumption.

The AI became faster and better at chip creation as it studied a larger number and variety of microchips. This tactic outperformed earlier automated procedures because it learns from experience, according to research co-lead author Anna Goldie, a Google Brain Team computer scientist. Anna also said that previous methods failed to learn anything from each chip.

According to the researchers, the new method can design manufacturable chip floor plans in less than 6 hrs that are equivalent or superior to those created by experts in all crucial details, including performance, energy consumption, and chip area. For each generation of microchips, this may potentially save thousands of hours of human effort.

Join Us on Telegram to read the latest news/articles/updates

Azalia Mirhoseini said that even if a number of these designs were not intuitively better to specialists. She further added that they nonetheless generated pretty good results. Experts have come up with new ideas as a result of the AI-designed floor layouts, such as arranging components in doughnut shapes to cut distances between them.

These AI-designed circuits are now being produced by Google. According to the researchers, more powerful AI-designed technology can fuel additional AI advancements.

The experts said that this new floor design technique could also help with other problems involving maximizing the use of limited resources, such as city planning or vaccine testing and distribution. They published their findings in the journal “Nature” on June 10th.

Cardano is ready for its Vasil upgrade