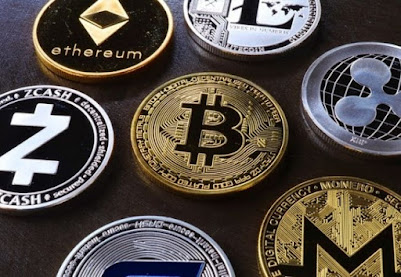 The term “mainnet” refers to when a blockchain protocol has been completely developed and implemented, which means that cryptocurrency transactions are broadcasted, checked, and registered on a distributed ledger (blockchain).

In comparison to mainnet networks, the term testnet refers to a blockchain protocol or network that is not yet fully operational. Innovators and computer engineers use a testnet to test and make correction in all aspects and functionality of a blockchain network before affirming it steady and ready for the mainnet launch.

To put it another way, a testnet is a working framework for a blockchain project, while a mainnet is a fully developed blockchain network that enables users to send and collect cryptocurrency transactions (or any other kind of digital data that is recorded on a distributed ledger).

Usually, until a blockchain project’s mainnet is released, the team would launch an Initial Coin Offering (ICO), an Initial Exchange Offering (IEO), or some other means of raising funds and increasing the project’s community. Usually, the funds raised are used to build blockchain network prototypes, which are then checked during the testnet process. The team will then launch the mainnetversion of the blockchain, which is (ideally) fully implemented and usable, after performing bug fixes and based on the performance of the testnet.

Numerous blockchain companies settled to grasp initial coin offerings (ICOs) in 2017. For that, the vast majority of them selected to create their own Ethereum-based ERC-20 token. These tokens were then distributed to investors’ wallets in proportion to their ICO contributions.

Following the completion of the ICO and the implementation of the blockchain, the team may launch their mainnet, which will feature their own native coin (on a proprietary blockchain) rather than the previously released ERC-20 token. At this stage, the ERC-20 tokens are replaced for the coins of the new blockchain in a process known as mainnet swap. Following the process of mainnet swap, any existing tokens are usually lost, leaving only the new coins to be used.

Despite Ethereum’s and the ERC-20 standard’s fame, there are a slew of other blockchain platforms that allow for the development of digital tokens. For example, NEM, TRON, NEO and Stellar.

To read more in depth about blockchains you can click here…

Please visit www.technologyinsight.tech for all the latest and trending technology related news, information and articles.