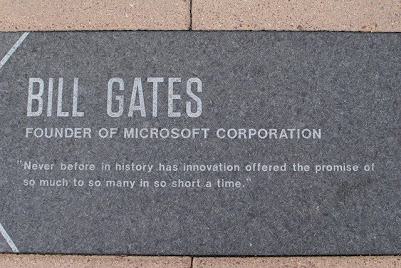 Bill and Melinda Gates, one of the world’s richest couples and most well-known philanthropists, are divorcing.

The couple said they would end their 27-year marriage “after a great deal of thinking and a lot of effort” in a tweet posted Monday by the Microsoft cofounder.

They also mentioned that they will continue to collaborate at the Bill and Melinda Gates Foundation, which has given away more than $50 billion and is one of the largest charitable organizations in the world.

They said that they really believe in that mission and will continue to work together at the foundation. But they don’t believe that they will evolve as a couple in this next step of their lives. As they begin to navigate this new life, they ask for room and privacy for their families.

Bill and Melinda will continue to serve as co-chairs and trustees, according to a foundation spokesperson.

The spokesperson said that there are no plans to alter their positions or the company. They will continue to collaborate to form and authorize foundation plans, lobby for the foundation’s concerns, and set the overall course of the organization.

WhenMelinda was a Microsoft product manager in 1987, the two started dating.

Gates’ fortune is estimated to be worth more than $130 billion, according to Forbes magazine.

Last year, Melinda told the New York Times that she believes she has a duty to try to make the world a better place in the face of injustice and misery.

She said that It’s something that she’s been giving a lot of thought to. There’s no reason for how we ended up in this privileged role she added.

To read more about latest and greatest tech related news and articles please do visit: