As of 6:31 p.m., the world’s largest digital cryptocurrency was trading about $35,220. In New York, the stock has dropped 5.3 percent in the last 24 hours. After a cryptic statement from Elon Musk that hinted at a future split with the cryptocurrency, the move extends its downturn for a second day.

On Saturday, Weibo, a Chinese social media platform, appeared to have blocked some cryptoinfluencer accounts, claiming vague laws and Weibo community guidelines as the reason. While Weibo has already cracked down on different cryptocurrency-related accounts, the announcement comes on the heels of recent harsh Chinese regulatory rhetoric that has already caused many digital coin prices to plummet.

Meanwhile, El Salvador’s president, Nayib Bukele, declared in a video address at the Bitcoin 2021 conference in Miami that he aims to introduce legislation making Bitcoin legal tender in the country, a first in the world.

Weekends have been difficult for crypto in recent months, despite the fact that it trades every day of the week. Bitcoin’s average swing on Saturdays and Sundays this year was 5.35 % before this weekend.

Nicholas Colas, co-founder of DataTrek Research, said that the Bitcoin hasn’t had a good weekend in a while. He further added that there aren’t as many institutional players active and the market isn’t as liquid as it is during the week. 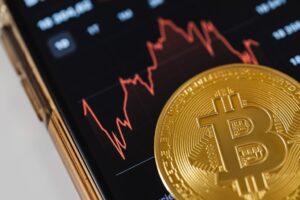 Best Cryptocurrency to invest in, 2021

Musk’s social media postings have disturbed Bitcoin and other digital currencies. He tweeted on Saturday, suggesting Goods & Services are the real economy. Any other kind of money is only the accounting thereof.

Bitcoin is trying to break above its 20-day moving average. It failed to do so on Thursday and Friday and is very hardly trying to reach $40,000 in value. If the coin breaks through that round-number level, it will almost certainly test its 200-day moving average of $41,500.

Join us on Telegram for latest crypto-insight/news/articles

However, because Bitcoin is still trading in a limited range, a retest of the $30,000 level may be in the cards until further positive catalysts arise.

Nonetheless, many argue that the cryptocurrency market has always been volatile. They claim that its price movements from up and down are the feature of the market. IT is also true that many long-term investors are unfazed by its unpredictable day-to-day changes.

Michael Sonnenshein, CEO of Grayscale Investments, said that their investors has seen market volatility before, and they understand that it’s part of the game. The turmoil of price changes is expected when one is investing in crypto, particularly at this stage in its life cycle. The Investors who invested into crypto aren’t phased at all, added Sonnenshein.

To read more on latest news and article on Crypto: Do subscribe www.technologyinsight.tech