According to the administration, the flat crypto transaction tax rate would be a little under 5%.

The Slovenian government proposed a flat-rate tax plan on cryptocurrency redemptions on Thursday, urging the Slovenian Parliament to implement it immediately.

The proposed tax, which is part of the government’s post-COVID recovery strategy, would be imposed when cryptocurrencies are sold or exchanged, with an effective rate of just under 5%. The goal, according to the government, is to “debureaucratize” and streamlining the current system in order to boost Slovenia’s competitive position as crypto markets take off.

According to the press release presenting the idea, if the legislation passes, Slovenia “would be one of the few countries, if not the only one in the world, with such a straightforward taxation” for cryptocurrencies.

The country’s financial body first proposed this bill last year. According to government documents, the tax will be 5% of the redemption value after a 10,000-euro ($10,900) allowance is deducted. 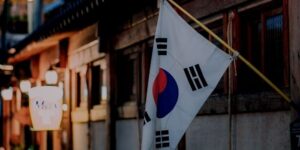