The new BCL app update version 1.5.1, brings settlements along with number of solution to their users issues.

This particular BCL app update version 1.5.1 is designed to address any issues that users may have experienced with the app and help the settlements process. Bitcoin Legend hopes to improve the overall user experience on the platform.

The update also includes a number of fixes for errors that have been reported by users. These fixes are designed to enhance the functionality of the app and make it more user-friendly.

Some other notable features of the update include a change to the KYC (know your customer) provider for the app, as well as updates to the app’s NFT (non-fungible token) gaming functionality. The update also includes coding corrections for issues with depositing USDT (Tether).

Overall, the new BCL app update version 1.5.1, brings a range of important features and improvements that will benefit users of the platform.

The new BCL app update version 1.5.1 is designed to address any issues that users may have experienced with the platform. This could include things like errors or bugs that have caused inconvenience for users. Version 1.5.1 update will resolve these issues and improve the overall user experience on the app.

The latest BCL app update version 1.5.1 solves an issue where the KYC (know your customer) icon would disappear for some users. There is also a solution for an error that occurred when depositing USDT (Tether) on the platform. These solutions are intended to enhance the functionality of the app and make it more user-friendly.

The BCL app platform is expanding into the world of NFT (non-fungible token) gaming. Already, one game called Dark Warrior has been released on the platform, and a second title called Super Fighter is in the final stages of beta testing. These games offer players the opportunity to earn in-game currency, such as gold and diamonds, which can then be converted into G.point (game points) and exchanged for BCL coins.

With the release of Dark Warrior and soon to be launched of Super Fighter, the Bitcoin Legend app is well on its way to make itself as a major player in the world of NFT gaming. Players can look forward to exciting gameplay and the opportunity to earn cryptocurrency through their in-game achievements.

According to the BCL core team, they have recently completed the Bitcoin Legend settlement program. If you are a BCL app user who has received KYC certification, you may be eligible to participate in the settlement process.

To help users understand the process of settling and withdrawing BCL, the Bitcoin Legend core team has created a video on the topic. The video provides step-by-step instructions on how to settle and withdraw BCL, making it easy for users to navigate these processes.

It’s important to note that BCL settlement is only available to users who have received KYC certification. If you have not yet received this certification, you will not be able to participate in the settlement process. However, you can still watch the video and familiarize yourself with the steps for settling and withdrawing BCL, so that you will be prepared to take advantage of these features once you have received your certification.

Also read about: The Great BCL Burn: ERC20/BEP20 Goes Up in Flames 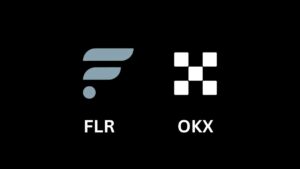