The US crypto vote is a hot topic in crypto community. Recently, there had been a raft of articles and news about new crypto regulations, new reporting requirements, and even new taxes. It’s all surrounding this new infrastructure bill, which has bipartisan support. Some senators are pushing to raise the fund with new taxes to shore up the roads, bridges and in this particular bill, there are some provisions that will increase taxes on crypto investors.

Bloomberg wealth stated that crypto investors be prepared for more taxes with clearer rules. Sure, we might have to actually pay US taxes on crypto trades but at least it’ll be an easier to figure out how much we owe.

The Democratic-controlled United States Senate is working on a $1 trillion bipartisan infrastructure measure to modernize America’s roads, bridges, and broadband networks, paving the way for a vote in the house of senates.

The plan has a number of proposals to finance the above-mentioned spending that includes repurposing unused COVID-19 relief funds, sales of future spectrum auctions, return of unemployment insurance funds from some states, applying information reporting requirements to cryptocurrency and so on.

The new infrastructure bill received a lot of backlashes from crypto community because of their inclusion of reporting requirements to cryptocurrency.

According to the original bill, new reporting standards are included in the plan, requiring banks and financial institutions to submit account’s inflows and outflows to the Internal Revenue Service in order to uncover undeclared income.

The US Congress suggested a new cryptocurrency tax that would generate approximately $28 billion in additional revenue. Digital asset investors in the United States would be required to record transactions above $10,000 to the International Revenue Service (IRS) as part of it. So, it seems like the US government wants to impose harsher regulations on businesses and individuals working with digital assets.

This particular section of the bill has sparked a lot of controversies and disagreements within the crypto community and to some extends the US senators. As a result of the draft text, many people who engage with cryptocurrency may be required to begin reporting their transactions. US lawmakers are considering amendments to the bill until its disagreements truly get addressed.

Any broker who transfers any digital assets would be required to file a return under a modified information reporting regime, according to a draft text of the law. Digital assets were described as “any digital representation of value… stored on a cryptographically protected distributed ledger” or comparable technology in the draft. Decentralized exchanges and peer-to-peer markets are also included in the definition of brokers.

Cryptocurrencies are classified as a part of the broader digital asset umbrella, according to a different description of the bill.

According to Kristin Smith, executive director of the Blockchain Association, the draft language might force a lot of people who work with cryptocurrency to start reporting their activities.

Amendment in the Crypto bill

The Senate’s infrastructure package contains two competing crypto tax amendments; here’s what each would mean for the crypto community:

The bill as if now describes a broker as “any person who (for a fee) is responsible for regularly providing any service effectuating transfers of digital assets on behalf of another person,” which supporters argue is too broad.

Sens. Mark Warner, Kyrsten Sinema, and Rob Portman presented their own amendment on Thursday. It apparently modifies the definition of “broker” marginally, but not to the amount that those in the crypto field believe is necessary.

While both amendments are competing with each other and will be resolved with the voting (crypto vote), here’s what they could imply for the crypto business and investors in the United States if they succeed.

Senators Wyden, Toomey, and Lummis presented an amendment on Wednesday to limit the definition of a broker from the bipartisan infrastructure bill’s original meaning.

What this crypto amendment says

The change expressly excludes miners and validators, as well as hardware and software manufacturers and protocol developers, from the definition of “broker.”

Toomey said in a statement that their amendment will ensure that non-financial intermediaries such as miners, network validators, and other service providers many of whom lack the personal-identifying information mandatory to file a 1099 with the IRS will not be required to reporting specified in the bipartisan infrastructure package.

What this crypto amendment means

This proposal would exempt organizations that don’t broker digital assets and, as a result, don’t have consumers that require their information submitted to the IRS. Miners, developers, and stakers don’t usually have consumers, thus they wouldn’t have access to the information they’d need to comply.

While the original meaning had no direct influence on investors, the terminology could have pushed crypto operations and trading overseas in the past. This would have had an impact on the whole crypto market, hurting individual investors indirectly.

An insight into the world of cryptocurrencies, blockchain technologies, NFTs and much more 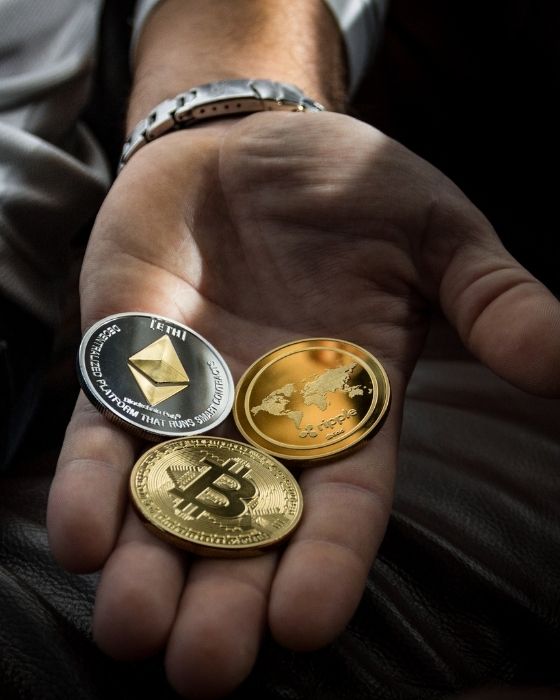 Senators Portman, Warner, and Sinema filed a competing amendment to the infrastructure bill on Thursday. The White House has formally endorsed the proposal, but crypto proponents are vehemently opposed. It has been dubbed “worse than useless” and “disastrous” by many.

What this crypto amendment says

According to The Washington Post, this modification modifies the definition of “broker” slightly. However, many in the crypto community do not believe the adjustments are required.

According to reports, the change only shields proof of work (PoW) miners from the new reporting requirements, leaving others vulnerable.

What this crypto amendment means

Bitcoin and other cryptocurrencies use a PoW architecture, in which miners compete to solve complicated puzzles in order to validate transactions. Other cryptocurrencies, on the other hand, employ or are pursuing alternate models, such as the proof of stake (POS) model, in which a person can mine or validate transactions based on how many coins they own. The POS model’s supporters argue that it is more efficient and uses less energy.

According to reports, the change does not exempt POS software developers, operators, validators, or liquidity providers from the newly proposed reporting obligations, to mention a few.

Removing these groups’ safeguards could cause many coders to leave the United States. Kristin Smith, executive director of the Blockchain Association, issued a statement. As a result, the crypto markets could be roiled, affecting investors with a stake in the business.

Finally, Both the amendment has its own supporters. The modifications and the overall infrastructure bill will then be voted on by lawmakers, hence the crypto vote. If the bill passes the Senate, it will go to the House for a vote, and there will be possibilities to change any sections, including the one on crypto tax, during the process.

As if now, the process of voting is going on and seems like it takes longer than expected. Senator Cynthia Lummis is giving some updates, regarding the crypto vote, in her twitter.

No votes tonight. We will continue working toward getting a vote on this vital amendment.

Senate reconvenes tomorrow at noon. Thanks so much for everyone’s hard work toward getting the Wyden-Lummis-Toomey amendment passed.

Sources for this article

“Knowledge is power” is my main mantra. After working in several Multi-national cooperation as a Chartered Accountant for many years, alongside I started my blogging/writing career, which I always wanted to do.
As a curious mind, I always love reading books/articles/blogs and gain new information in-depth in the field of Science & Technology, Computer hardware & Software, Economics & finances, etc. As a self learned coder(Java, HTML, CSS, PHP, C, Python) I find joy in doing extensive research and going in-depth of any subject to gain knowledge which is very satisfying for me. I am also a graphic designer where I design logos, social media posts, banners and webpages for people as a freelancer.

Apart from my academia, in my spare time I love to listen, discover and compose (just for fun) music.